Space Traffic Management: Rules of the Road from ASCEND 2022 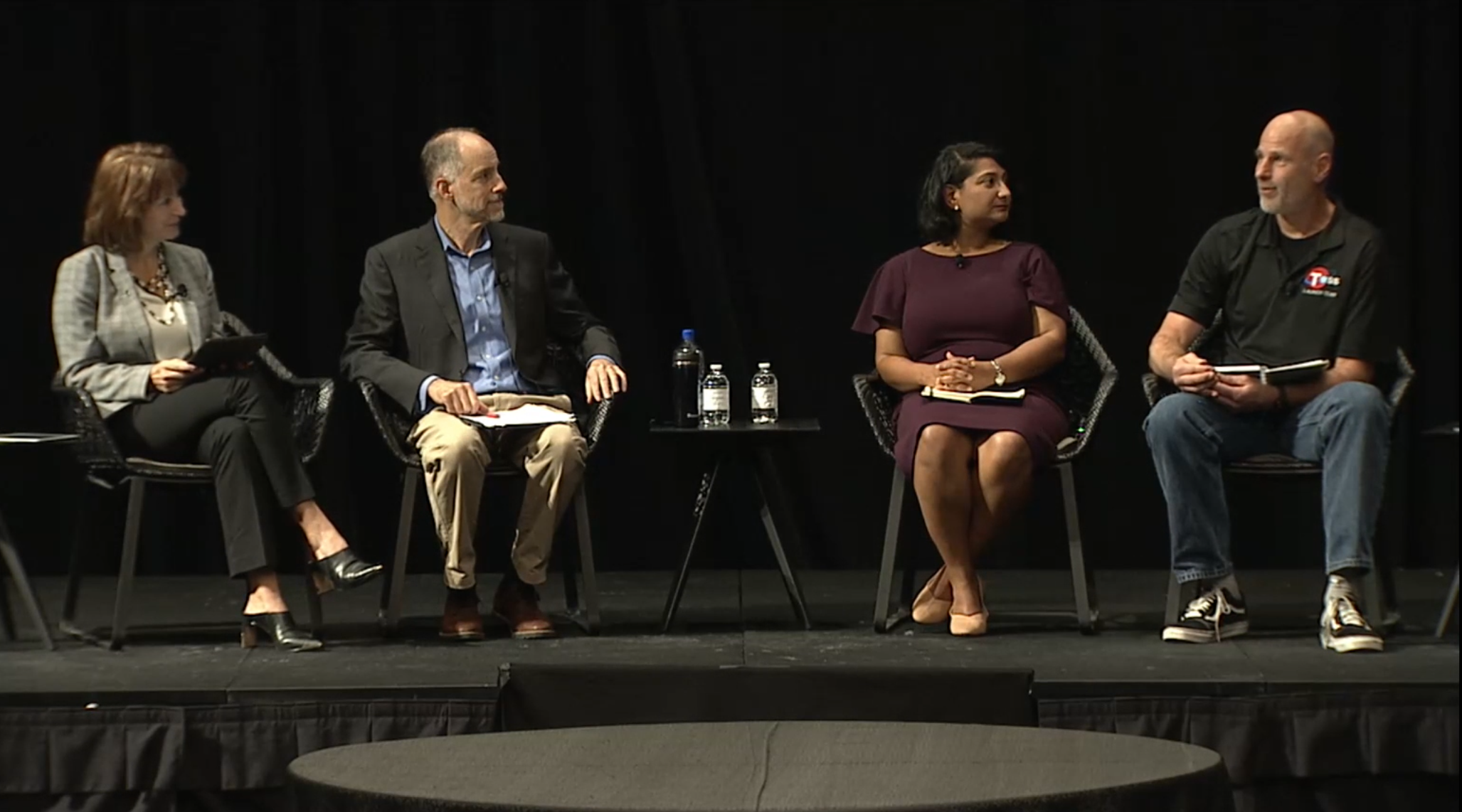 How do we ensure that safety and sustainability is at the core of every space mission? On October 26, 2022 subject matter experts gathered at the ASCEND Conference in Las Vegas to discuss. A panel, “Space Traffic Management Norms and Behaviors,” led by Charlie McGilliis, VP of Partnerships at Slingshot Aerospace, took a deep look into the topic to discuss and explore possible solutions to this global issue.

It was clear off the bat that everyone was in agreement that the safety in the space domain should be at the forefront of these discussions. “We want to make sure, above everything, that we are all going to focus on safety, and we are all going to do our part and contribute,” said Goldstein.

Steps have been taken to set guidance and best practices towards a more sustainable future of the space domain, such as the Space Safety Coalition’s Best Practices for the Sustainability of Space Operations, NASA’s Spacecraft Conjunction Assessment and Collision Avoidance Best Practices Handbook, and most recently the Satellite Orbital Safety Best Practices, penned by large satellite constellation powerhouses - Iridium, OneWeb, and SpaceX. The Satellite Orbital Safety Best Practices provides a manual of sorts for space operators, laying out lessons learned and best practices to serve as a “foundation for discussions leading to a global consensus of behaviors.“

When asked his opinion on the document, Engelhardt said it was “very good, complete, and detailed.” He also noted that the operators who created the document practice what they preach, stating Maxar has only had positive experiences with each company when deconflicting risks. When asked if Maxar would sign in support of the document he said “yes, in principle, we’d sign, there’s nothing we disagree with.”

He added that Maxar would like to see some tightening of the language around probability of successful disposal first, explaining there can be more clarity given on the difference between a requirement and an aspirational goal. A 90% requirement is out there in the FCC rules and in the U.S. government’s Orbital Debris Mitigation Standard Practices -- and a worthy aspirational goal is 99%. He emphasized that it is important for operators to move the bar towards the aspirational goal.

Engelhardt took it a step further, proposing additional topics to be added, including:

Goldstein then added to the list, saying he believes that any Owner-Operators operating above human space flight systems should be maneuverable. He also believes that the default for all space operators - commercial or government - should be to share data.

“It’s sort of a double edged sword, because you want to protect and defend your assets,” Goldstein said when posed with the question on the Department of Defense and US Space Force sharing data. “But to be honest, most of the data is discoverable. If it’s discoverable by a commercial data provider, to me, the government should share.”

Separate from the Satellite Orbital Safety Best Practices document, there is the Space Sustainability Rating (SSR), launched by the World Economic Forum and hosted by the EPFL eSpace Centre - in which Dr. Minoo Rathnsasabapathy serves as an SSR advisory board member on. The SSR has support from industry, including Slingshot Aerospace, and looks “to foster voluntary action by satellite operators to reduce the risk of space debris, on-orbit collisions, and unsustainable space operations.” Essentially, it assesses the level of sustainability of missions by focusing on aspects comprising of collision avoidance process and data sharing.

The rating process has come a long way since its initial beta launch. Goldstein critiqued the early version of the rating system after participating in the beta phase, saying it was “too complex to continue to stay involved,” and stating it’d be very difficult for a large constellation to receive a good rating, despite following all the best practices.

Rathnsasabapathy countered by sharing the process has been redesigned to make participation much easier, yet they “purposely made the highest rating really, really difficult to get,” touching on how the SSR challenges Owner-Operators to go above and beyond to receive the coveted Platinum Certified rating. She then challenged Goldstein to try the evaluation again, now that it is out of the beta stage, stating “I think you’d be pleasantly surprised with the rating SpaceX receives.”

So what can we do to ensure the space community is abiding by the advice and guidance of their peers? When posed with the question of mandating rules, Rathnasabapathy responded “my personal opinion, I’m not a fan of mandating rules and regulations, but I do believe there should be repercussions to unsustainable design or operation in orbit.”

Goldstein added to her thought, proposing that rather than just repercussions, there should be incentives for good behavior. As well as peer pressure amongst competition - proving his own point when he jokingly stated that as long as SpaceX receives a higher rating than competitor OneWeb on the SSR, he’d be happy.

What’s Our Next Step Forward?

As the space community continues to grow, and more satellites are put on orbit, there is a general consensus that we must find a way to set aside competition and national differences in the name of space safety. Although there is a dire need to sort through some bigger challenges, there are more simple solutions that could be taken immediately.

For one, having access to data and contact information for every Owner-Operator with spacecraft on orbit. Products like Slingshot Beacon do just that by providing a common ground for Owner-Operators to coordinate directly with each other to quickly resolve conjunctions.

Slingshot Beacon recently launched a free version of the software to all satellite operators so that they are able to receive urgent collision alerts; coordinate satellite maneuvers; and seamlessly communicate, especially during high-risk moments.

“We want every Owner-Operator to have that [access to Beacon], and be able to collaborate and coordinate and share their information. That is an aspiration of ours - no matter who is operating the satellite, anyone in the international community,” McGillis said. “We have to keep space safe and sustainable for everybody.”

Slingshot Beacon capabilities are designed in collaboration with commercial space operators that represent more than 70% of satellites in Low Earth Orbit. Learn more about Slingshot Beacon and sign up for the free version.

One Year After Russian ASAT Test: What Has Changed?