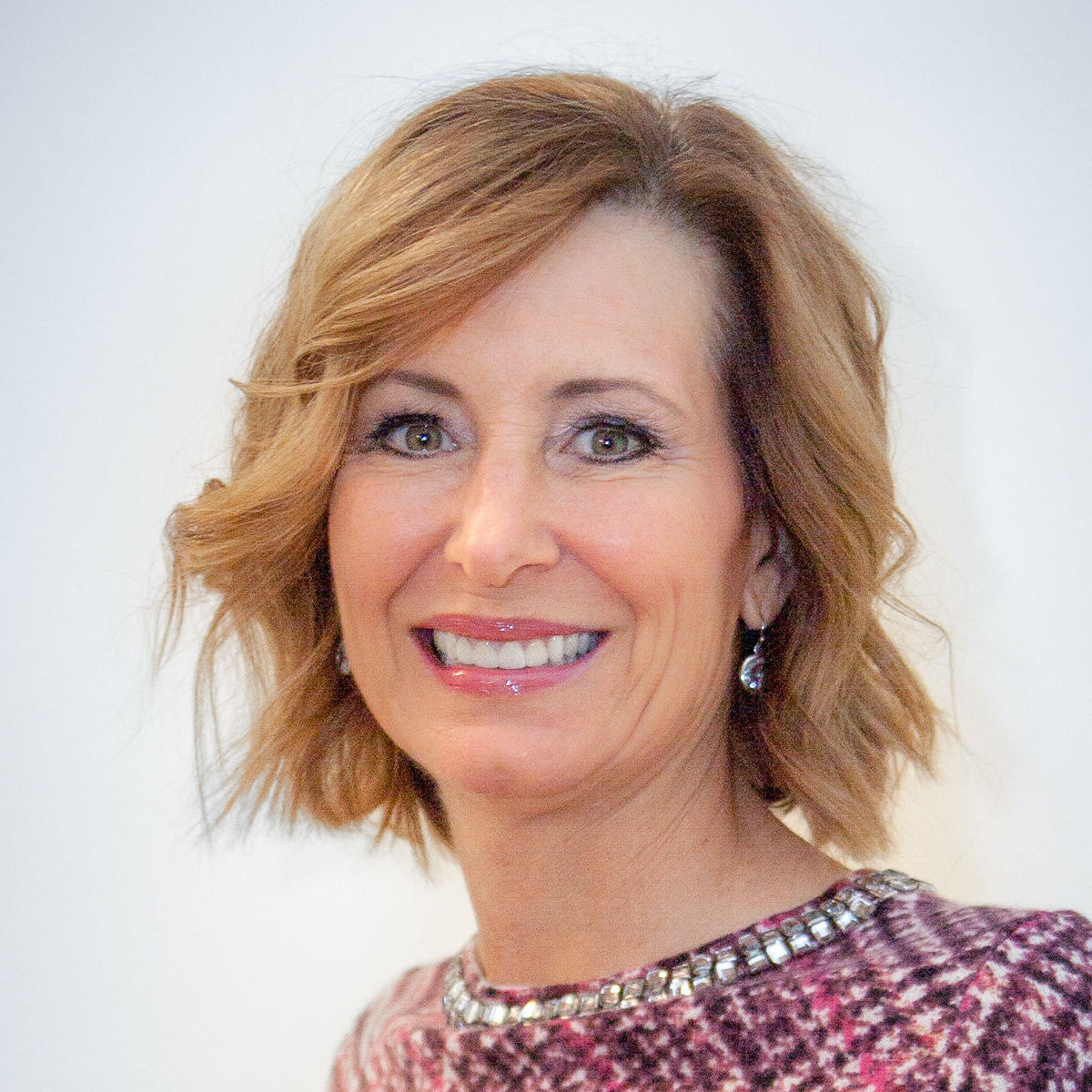 Looking back to mid-November when Russia destroyed a defunct Soviet satellite orbiting at an altitude of 480 km, gives the world a wider look at Russia’s strategy in light of its invasion into Ukraine. Putin wasn’t just after effecting the future regulation of space weapons and wanting to be a part of any negotiations, but he was sending a clear signal. Knowing Russia planned to invade Ukraine prior to the ASAT test, Russia wanted the world to know it not only had the capability, but was willing to use it. Russia knew the environmental damage an ASAT test at high altitude would cause, including threatening the safety of those onboard the International Space Station.

The remains of the two-ton Cosmos-1408 satellite are expected to disrupt commercial operations for years to come. Looking further ahead, Russia’s actions have cast uncertainty over the long-term sustainability of space and led to renewed calls for international regulations and norms to govern activity in orbit.

Since the turn of the millennium, the United States, India, China, and now Russia have all conducted ASAT tests. The targets, techniques, and resulting debris have varied. But all of these tests - alongside the development of other counter-space capabilities - suggest an arms race is well underway.

Left unchecked, this gradual weaponization could escalate in a way that undermines access to space for all and gives pause to NATO on its response options to Russia’s invasion of the Ukraine. The picture is complicated. Space is the ultimate high ground and infrastructure in orbit is increasingly vital to national security. Developing capabilities that deter attacks on those assets and actively using them against adversaries are two very different things.

Russia’s November ASAT test is a reminder of how precarious the orbital environment is and that aggressive behavior on behalf of one bad actor can have collateral impacts on the entire industry and space operating environment. The actions of one state could spark a chain of events that would complicate the domain for all. With so much at risk, it is imperative that the international community sets norms of behavior and strict non-adherence protocols for how to safely and sustainably operate in the space environment.

An international treaty is on the horizon

It’s useful to start with recent developments at the United Nations. Just two weeks before the test was carried out, the UN General Assembly First Committee - which discusses disarmament, global challenges and threats to peace - approved a resolution to form an open-ended working group. This group will explore potential threats to space sustainability, “make recommendations on possible norms, rules and principles of responsible behaviors,” and “contribute to the negotiation of legally binding instruments.”

Reading between the lines, the end goal is a treaty that will reduce the likelihood of military confrontation in orbit. It will be the most significant international space legislation since the Outer Space Treaty in 1967. A binding agreement will be years in the making but the legislative wheels are now in motion. It’s fair to assume a ban on counter-space activities - or at least on kinetic physical ASAT weapons - will be high on the agenda.

During that November 1 committee, the Russian Federation pushed for a legally binding instrument to prevent the placing of weapons in outer space. But that No First Placement resolution did not encompass ground-based ASAT weapons, and Russia’s continued development of this capability doesn’t sit comfortably alongside the peaceful rhetoric. Welcome to the complicated world of space diplomacy and interesting bedfellows.

Russia has a long history of successful space endeavours: the first satellite, the first man and woman in orbit, the first space station, and photographing the dark side of the moon. Russia wants to maintain their superpower status in space.

To assess the significance of Russia’s ASAT test and its bearing on the future of space sustainability, it’s important to understand what may have motivated it.

Russia knows the United States and its allies rely on space technologies to project power globally and Russia wants to negate these advantages.  This is where Russia and China agree and both nations have built counterspace capabilities to potentially deter and challenge the U.S. position in space.  Russia and China have a long standing, yet complicated partnership around space programs and they continue to partner on ambitious space projects.

Further, Russia wanted to demonstrate its capabilities before their use (and development by other nations) is outlawed. Over the last couple years, Russia has seen the US create a new and separate service, The Space Force, as well as a new combatant command, US Space Command, solely focused on space warfighting.  In response over the last year, Russia tested numerous counterspace capabilities, performed complex RPOs, and expanded its space-based military infrastructure.  Russia may not have the budget to create its own Space Force, but developing ASAT capabilities and firing missiles into orbit is an alternative way to counter the United States.  Especially since US sanctions are having an effect on Russia’s ability to get mircrochips according to Rogozin, the head of Russia’s civil Roscosmos program.  Rogozin has threatened to withdraw from the International Space Station in 2025 unless sanctions against Russian space contractors are dropped soon.  Additionally, Roscosmos lost revenue now that the US is not dependent on Russia to launch astronauts and supplies to the International Space Station now that SpaceX has this capability.

The important question now is whether Russia will want to push ahead with further tests. Were Russia’s actions in November a show of force, possibly in response to US actions, a forward step in capability development that provides a bargaining position before UN legislation, or a combination thereof. At the moment we have more uncertainty than answers.

A catalyst for change

There’s hope that Russia’s ASAT test will be a catalyst ahead of the UN’s Open-Ended Working Group, which will explore space threats and define what constitutes responsible behavior. During its meetings in 2022 and 2023, the global community could agree that irreversible, kinetic ASAT tests fall into the ‘irresponsible’ category. In time, a binding agreement would serve to reduce tension in what is an increasingly adversarial environment.

Russia’s recent actions raised the profile of these tests and highlighted the issue of space debris more broadly. That much is clear from the December 1 United States Space Priorities Framework, which perhaps includes stronger wording on sustainability than it might have done. In particular is the commitment that the U.S. “will work with other nations to minimize the impact of space activities on the outer space environment…increase efforts to mitigate, track, and remediate space debris” and “advance development and implementation of domestic and international best practices to mitigate the creation of space debris”.

A gloomier perspective is that other nations could follow Russia’s lead and race to conduct their own kinetic tests before any UN measures are agreed upon.

The reality of conflict in space

It’s important to note that kinetic physical ASAT capabilities represent just one weapon in the counterspace arsenal. Direct-ascent missiles are irreversible, clearly attributable, and of most concern from the perspective of space sustainability. But there is also a proliferation of more subtle capabilities, including jammers, high-powered lasers and cyberattack techniques. These can block communications, temporarily dazzle or permanently blind satellite sensors, and interfere with the transmission of RF signals respectively.

A 2020 Secure World Foundation report suggests that Russia and China developed and tested a range of counter-space weapons, while the U.S., India, France, Iran, and Japan are also building capabilities. This exploration is to be expected at such an early stage in a new space race, but it’s also a reflection of the fact that kinetic conflict and the Kessler Syndrome risk that follows is not in any nation’s best interest.

For all of those nations, counterspace weapons are primarily tools to deter aggression by adversaries. The U.S. Space Force, for example, aims to prevent conflict from starting or extending into space by assuming a position of strength and relying on the traditional deterrence calculus: by denying the advantages or imposing costs related to a specific action from an adversary, that action can be prevented.

The U.S. Under Secretary of Defense for Policy, Colin Kahl, recently spoke about the concept of integrated deterrence, which is particularly important in space where infrastructure and intelligence can be shared between allies to improve resilience. "We have to work alongside our allies and partners so that our adversaries know that they're not just taking on the United States,” he said. ”They're taking on a coalition of countries who are committed to upholding a rules-based international order."

Space Force Lt Gen Saltzman put it another way when describing the importance of resilience and having more disaggregated capability on orbit: “If they don’t know what to shoot at, then what’s the benefit of shooting?”

All of which reduces the potential advantage of a space-based attack. In terms of imposing costs, we can look closer to home for a good example. The threat of mutually assured destruction has so far been enough to prevent nuclear war on Earth. The same equation holds in space, where a chain reaction of conflict would quickly render the domain unusable for humankind, which means no satellite television, no internet on a flight, no devices that require GPS signals like your cell phone, gas station, or ATM machine!

From a sustainability perspective, these deterrence measures are promising. But of course there’s already plenty going on in orbit after decades of launches, accidental collisions, previous ASAT tests, and the recent rise of mega constellations.

As the orbital environment grows more complex, commercial operators also have to embrace the notion of integrated resilience to collaborate, mitigate risk, and make data-backed decisions. Situational awareness platforms such as Slingshot Beacon are set to be a critical part of that equation. A safe and sustainable orbit can only be achieved with shared communications and information.

Space is the most challenging domain there is. It’s also increasingly home to vital infrastructure - for both national security and our everyday lives. Beyond that, it’s the next frontier for exploration and key to the destiny of humanity. So my wish this year and every year is we work together and keep space open for all with the right tools, safeguards and international standards in place.