What's Next for Space Exploration in 2023 and Beyond 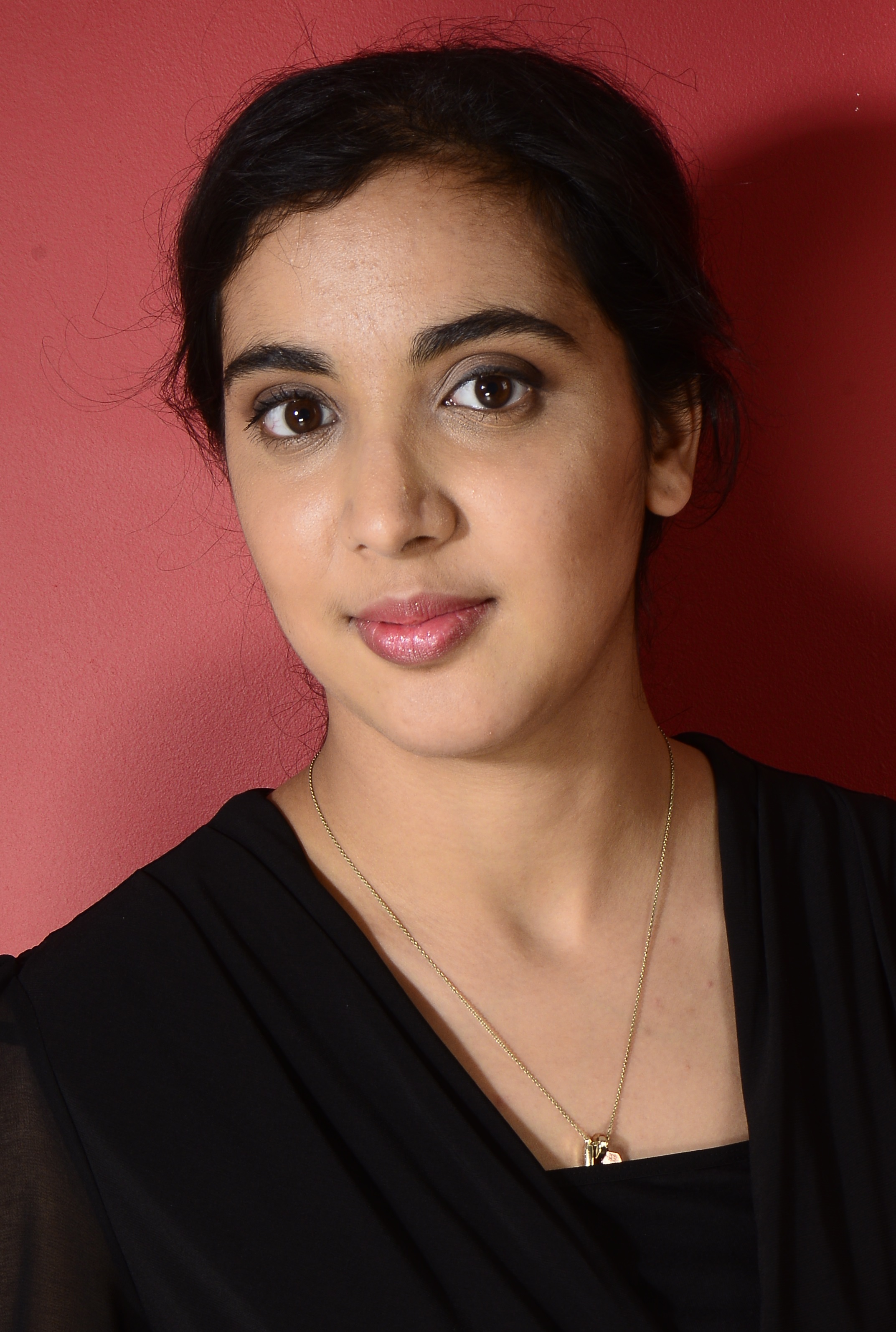 Much happened in space during 2022. In July the James Space Webb Telescope, the largest optical telescope in space, delighted the world with stunning images, revealing the most detailed view ever of the Universe. After a series of stalled attempts, Artemis I finally launched on 16 November from the Kennedy Space Center to make its journey around the Moon – marking the beginning of the return of humans to the lunar surface. China completed the construction of its own space station, Tiangong, with the successful launches and docking of Wentian and Mengtian lab modules.

As we gear up for 2023, our team from Seradata, a Slingshot Aerospace company, is prepared and ready to provide detailed data to space stakeholders through SpaceTrak - the industry’s leading space research tool. Here’s a peak at some developments in space, and what we’ll be tracking.

Exploration missions – a rush to the Moon

2023 is set to witness a veritable armada of missions to the Moon.

U.S.-based Astrobotic Technology, which describes itself as “the Moon company,” will be leading the charge in February with the launch of its Lunar lander, Peregrine, aboard the maiden flight of the United Launch Alliance (ULA) Vulcan rocket. Peregrine is planned to carry 28 payloads from eight countries – including some from NASA’s Commercial Lunar Payload Services (CLPS) initiative. Astrobotic hopes Peregrine will mark the first commercial mission to the Moon and be the first American spacecraft to land on the lunar surface since the Apollo program.

Under another NASA CLPS contract (worth US$77.5 million), private tech company Intuitive Machines will send its Nova-C lander on a Falcon 9 in March. After Nova-C lands in Vallis Schroteri, the largest valley on the Moon, it will deploy up to five NASA payloads to either the Oceanus Procellarum or Mare Serenitatis areas.

In June the Houston, Texas, based company plans to carry Prime-1, a NASA sponsored drill payload, to the Moon on another Nova-C lander in IM-2. Prime-1, the Polar Resources Ice Mining Experiment, will attempt to harvest ice from below the surface of the Moon.

NASA will also investigate the presence of water on the Moon using its smallsat orbiter, Lunar Trailblazer, which will be sharing a ride on the IM-2 mission due to launch in June.

The Japan Aerospace Exploration Agency (JAXA) plans to demonstrate a pinpoint landing with its first lunar surface mission. JAXA says the findings from its lunar lander SLIM, Smart Lander for Investigating Moon, will help spacecraft land in specific locations and “not just where it is easy to land.”

The Indian Research Space Organisation (ISRO) is planning to stage its third attempt at demonstrating a soft landing on the Moon with the launch of Chandrayaan 3, its lander and rover, in June.

Russia hopes to return to the Moon with the launch of Luna 25 on a Soyuz-2 Fregat in July, targeted to land near the lunar south pole. Carrying 30 kg of instruments, including a robotic arm to collect soil samples, Luna 25 will be Roscomos’s first lunar lander since the Soviet era Luna-24 mission in 1976.

Going beyond the Moon

The Moon is just the beginning of space exploration in 2023. In April the European Space Agency’s (ESA) Jupiter Icy Moons Explorer (JUICE) will embark on an eight-year journey to Jupiter.

Then ESA’s joint mission with JAXA, BepiColombo, will make its third flyby of Mercury, out of a planned six flybys of the planet, in June. Europe’s first mission to Mercury is due to reach the closest planet to the Sun in 2025.

The fastest human-made object to date, NASA’s Parker Solar Probe, will zoom past Venus in the sixth, and penultimate, flyby in August to further reduce its elliptical orbit around the Sun as it makes observations of the star’s outer corona.

Osiris-Rex, NASA’s asteroid mission, will return to Earth on 24 September, seven years after it set off to collect and return a sample of the asteroid Bennu.

As one asteroid mission wraps up, another is yet to begin: NASA’s Psyche orbiter is set to launch in October to explore 16 Psyche, a giant asteroid made up mostly of metallic iron and nickel.

Janus, an asteroid mission, which was initially set to send out two small spacecraft to investigate the formation of these rocky objects in 2022 has been rescheduled for late 2023.

The first rockets to lift off in the new year will most likely be ones that were supposed to launch in December. Virgin Orbit’s 16-metre LauncherOne, which has already flown from California, USA, will pull off the first orbital launch into low Earth orbit (LEO) from the UK when its 747 carrier aircraft takes off from the UK’s first operational spaceport at Newquay, with an air-launch over the Atlantic.

SpaceX is planning on conducting the first full-scale orbital test flight of its gargantuan Starship Super Heavy in early 2023. Towering over New Glenn, Falcon 9, Vulcan, and even taller than the Apollo program’s 111 m Saturn V, Starship measures 120 m in height. With the capacity to carry over 100 metric tons to LEO in reusable mode – twice that of Blue Origin’s New Glenn – Starship will become the most powerful launch vehicle ever deployed. If successful, it will also be the first fully reusable transportation system, with both stages and an integral fairing. It is designed to carry both crew and cargo, with the Starship upper stage also providing the basis of NASA’s next human lunar lander.

American space company ULA hopes to hit a New Year’s resolution to launch, made four years ago, with the maiden flight of its two-stage heavy-lift Vulcan Centaur. The debut of this launch vehicle has encountered delays – with the most recent pushing it into the first quarter of 2023. Launching on Vulcan Centaur will be Sierra Nevada Corporation (SNC) Space Systems’s reusable spaceplane Dream Chaser.

JAXA plans to conduct the maiden launch of H3, a two-stage liquid fueled expendable rocket, in the first quarter. This is the agency's hope for entering the global launch market as a competitive player.

ESA wants to see its Ariane 6 rocket lift off on its maiden flight, however its launch to LEO is currently scheduled to take place in the last four months of the year – a timeframe that could slide into 2024 if there are any causes for delay.

A flurry of maiden flights of smaller rockets will take place over the year: ABL Space System will give the launch of RS1 another go after several attempts were scrubbed. An entirely 3D-printed rocket, Terran-1, built by start-up Relativity Space, will make its debut. Notably, the summer will see the maiden launches of more small rockets including Prime, developed by Orbex. This will likely fly from Sutherland Space Port in Scotland making it the first “vertical” launch from the UK.

Rocket Factory Augsburg’s RFA One, a liquid-fueled orbital launch vehicle from Germany, will make its debut as will Spectrum, a two-stage liquid-fueled rocket developed by Isar Aerospace, also of Germany.

Although US-based AEVUM has kept quiet about the progress of RAVN, its air-launched two-stage rocket and carrier aircraft system, there’s a chance we could see its first launch during this year.

ISRO is planning a return to service for its Small Satellite Launch Vehicle (SSLV). A software malfunction during its first development flight in August resulted in failure to achieve its mission.

China is planning to launch Hyperbola-2, a two-stage liquid-fueled reusable rocket, in the hope of a more successful flight track than the rocket’s predecessor. Out of four flights in total, Hyperbola-1’s last three flights ended in failures despite its maiden flight, in July 2019, marking i-Space as the first Chinese private company to successfully achieve orbit.

Human voyages in space will reach new distances in early 2023 and many will be purely commercial. Polaris Dawn will carry four private citizens to the highest Earth orbit ever flown by a crewed spacecraft, with an initial apogee of 1,400 km. The participants, flying on SpaceX’s Crew Dragon Capsule, will attempt the first commercial extravehicular activity (EVA) as well as conducting 38 science and research experiments.

Later in the year Axiom’s AX-2, a private commercial mission to the ISS, will launch four astronauts on a SpaceX Crew Dragon spacecraft. The crew will include two yet unnamed Saudi astronauts, a man and a woman, who will become the first Saudi woman in space. Axiom will follow up with AX-3, another private mission to the ISS, in the latter half of the year.

In April, the Boeing Crew Flight Test (CFT) will fly two NASA astronauts, Barry E. Wilmore (spacecraft commander) and Sunita Williams (pilot), to the ISS for a week-long test flight. It will be the first crewed mission of Starliner, Boeing’s partially reusable spacecraft.

SpaceX will launch four astronauts on a NASA-sponsored Crew Dragon flight in July. This “Crew-7” mission will be its seventh NASA commercial crew flight to the ISS.

In yet another commercial SpaceX flight – going even farther than the Polaris Dawn Crew Dragon mission – Japanese billionaire Yusaku Maezawa and eight other civilian passengers will fly around the Moon aboard Starship, SpaceX’s mammoth spacecraft, on the “dearMoon” six-day tour of space.

Slingshot and Seradata are ready for 2023

2023 promises a plethora of space activity that will accelerate space sustainability to create a safer, more connected world while furthering our understanding of the universe and what we can achieve. And through it all, Slingshot Aerospace and Seradata will continue to monitor and provide robust data, ensuring that our customers have the most trusted source of information on all spacecraft and launches as the industry continues to boom.

Who is Slingshot Aerospace?